I’m 180,000 words into a new novel, titled The Man Who Drew You, a magical realism adventure filled with over 400 of my own original drawings!

Below is an excerpt with the art that will be included in the final version. Give it a read and let me know what you think!

It had been tough to get to the painting, but Ansel reached it by climbing the ornate ivy carved into the column beside it. He had to extend one bare foot over and rest it on the painting below it, but after that he was able to lean his lithe body across to read the tiny plague on the frame. The painting was hung ten feet up on the wall of the room named “The Elemental Cuniform Proportionairies”, and this particular painting was named A Lad in Blue Polishing the Tail Lights of a Motor Car. 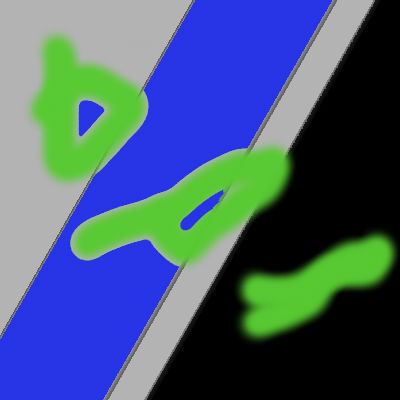 Ansel licked it, pressing his tongue on the rough paint and sliding it back and forth, starting at the corners and working inward as usual. He hoped this one would lead him not to another painting, but to the exit of this god-forsaken museum.

His food reserves were running low. Water wasn’t a problem, due to the many fountains and decorative spouts that popped up in the floors and the walls of every other room. But he had eaten his last bologna sandwich weeks ago and was only surviving by consuming the various potted plants he had come across. But had hadn’t found one of those in a few days. He had even eaten his leather moccasins, boiling them over a candle in a piece of his bicycle helmet filled with fountain water.

And now, bare-footed, bare-headed and starving, he desperately licked the painting, using his special tongue powers to search for any glimpse of the past that could help get him out of this place.

The images came quickly this time, and Ansel realized just as quickly that this wasn’t the one he was looking for. The first painting. Painting Prime. He could see images in his mind’s eye, like his tongue was a pink slab of RF cable connecting the painting to his brain. He could see an easel, with A Lad in Blue Polishing the Tail Lights of a Motor Car sitting on it. The easel was in front of a blank wall. Sunlight was coming from behind him and dappling across the wall. In front of him was a hand holding out a paint brush. The hand was ensconced in a black glove, and it was moving the brush across the painting. Except the paint was coming off the canvas. Time was flowing backwards.

The image in Ansel’s brain was flying by in fast reverse, so it was only a few seconds of licking before he could see that the painting on the easel was completely empty, and that the artist was removing the blank canvas and replacing it with another complete painting. The one that he had completed just before A Lad in Blue Polishing the Tail Lights of a Motor Car. The next painting that Ansel had to find, which will hopefully lead him back to the beginning of this mess so he could find a way out of here.

This new painting was now baked into Ansel’s brain via his tongue powers, and he vaguely remembered seeing it a couple hundred rooms ago. He headed back in that direction, wandering in circles through the same sections of rooms until eventually he found it sometime the next day. It was in a room labeled “The Vertical Oluvian Triumvirate”, which contained three tall paintings on one wall. Ansel’s target was in the middle. It had a small plague under it that read Love Lost Between Two Song Birds. 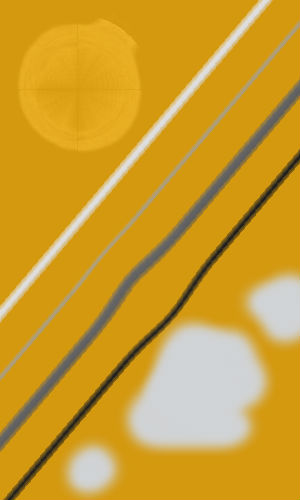 He immediately ran up to it and began licking, and the image he got this time was the same as usual. The painting on an easel. But this timesomething was different. It took Ansel a few seconds to figure out what it was. The same gloved hand was there, and it was moving in the same fast reverse, removing paint from the canvas. Then he saw it. The easel was no longer in front of a blank wall. It was in front of a window.

It was too dark outside the window to see what the view was, but Ansel could see a reflection in the glass. He could see the painter, his brush flying back and forth with wild abandon, his face screwed intently at the canvas. Ansel recognized that face.

It was his own.